Hello there! Welcome to Ugly Duckling!  If you are new here, you might want to follow on my new LINKY FOLLOWER tool or subscribe by email for updates.

I’m so excited about today’s post. I rescued this dresser from the back alley late one night several weeks ago. I had been looking for a dresser to fit in the hallway to use to store our picture albums, Cd’s, camera’s, i pad and cell phones. Low and behold, this dresser showed up a few days later and fit the space requirements exactly!!

As you can see, it wasn’t  in bad shape, but some of the drawer sliders were not installed correctly and there was a few chips in the lovely MDF here and there.

First thing I did was remove the ugly plastic hardware and patch up some of the dents with wood filler. After that, it sat in my garage, while I tried to figure out what I wanted to do with it. One of my friends mentioned that she really liked the metallic patina furniture turning up at places like Restoration Hardware, Ballard Designs and Horchow.  I started thinking this might look really cool – particularly because this dresser is very plain  – it’s definitely not an antique piece with a lot of detailing and quality woodwork – and I couldn’t quite picture it with a chalk paint/glazed/distressed finish. So, I decided to start pinning and find some metallic furniture that I liked the look of. Here’s what I came up with:

This last picture (above) is my favorite and the one that inspired my dresser. I love the color, which to me looks like a combination of silver and gold patina. I also love the contrasting color and detail of the plant {I think it’s a plant} painted in gold.  I thought about the possibility of mixing some of the silver and gold metallic spray paint (by Krylon), but then I came across this:

It’s Krylon brushed metallic spray paint and comes in three or four different colors, but it was nickel that caught my eye. It truly looks like a combination of silver and gold! I picked this up at Walmart for $3.50/can… and then waited very impatiently for a nice clear day {which didn’t happen for about 2 weeks!}.

First of course I lightly sanded the entire dresser and then primed it with Kilz. I chose to brush on the primer, rather than buy the spray, but I think if I could go back I’d definitely use the spray. I had read on other blogs that for a silver leaf patina it looks better with the primer underneath to show the brush strokes. I found with the brushed metallic paint, however, that it would have actually looked slightly better with a smoother finish underneath. NOT enough for me to redo it though!

I applied 4 coats of the spray paint. Of course I ran out and had to buy another can {I always underestimate the amount of spray paint I will need}. So this dresser took exactly 3 cans of paint.

I knew I wanted to do some kind of stencil on the front, and when I saw these screen panels at the dollar store, I thought they’d make perfect stencils, and I was right! What’s even better, is that they came in a pack of 2, so I could tape them both to the dresser and this made the work much faster.

For the stencil, I mixed Deco Art acrylic paint in metallic pearl and champagne (equal parts) and added a few blobs of this pewter acrylic by Amsterdam. The pewter is almost identical in color to the spray paint on the dresser, so I thought adding a little would keep the tone similar. This stenciling was a little tricky. I was very careful not to overdo it on the paint {so as to avoid seepage under the stencil} and had to leave the stencils taped on between coats. It took 4 coats to get the color I was looking for, but it was worth it!!

As you can see, I started my stencil in the middle and then worked on extending it to the bottom and top. The main reason I chose to do it this way is because I wanted to have the main part of the flowers in these stencils in the middle of the dresser.

After the stencil was complete, I let it dry for 24hrs and then lightly sanded any rough spots. I coated the entire dresser with 2 coats of poly acrylic in satin.

I’m so happy with how it turned out…

The hardware I found at Home Depot. I normally would not recommend putting the hardware on last {ie – drilling the holes after painting}, but I wanted to see where to place the knobs in relation to the stencil design. See how the ones on the bottom drawer {above} are situated right in the middle of the flower? I didn’t measure at all, just used the stencil as my guide as to where to drill. I think these knobs work perfectly with the dresser. They are very simple and don’t detract from the detail in the stenciling. They were also cheap – 8 knobs cost under $10.

I also decided to add some contact paper to line the drawers. Who knew finding pretty contact paper would be such a challenge? There are some really HIDEOUS patterns out there  – fake wood {hello! I’m trying to cover up the fake wood!}, very 70’s floral, ugly marble, and of course gingham. What about some cool quatrefoil or lovely damask, people? I did find a website that had some nice patterns, but it was $65 for a roll. Um… not in my budget, considering the dresser was fareeee! After much searching, I did find some pretty silver and white damask at the dollar store, and it was the only roll, so I snatched it up. I think it looks quite pretty!

Now here it is housing all my media “stuff”!

It’s so nice to have all this stuff organized and in one spot in the house!!

Here are a gazillion more photos:

I just can’t get enough of it!

Here’s one last before and after:

I will be linking up at the lovely parties listed here as well as:

Thanks so much for stopping by! Your comments really make my day!! Cancel reply

Hi! I'm Kathryn, mommy to an adorable princess and handsome prince, and wife to a very patient and supportive hubby. Painting furniture is my own form of meditation! I love all things diy, thrifting and decorating and have created this blog as a creative outlet and to share my ideas with you! I hope you enjoy your visit and come back soon! How to Dress Up Your Light Switches

Make your own clothespin mirror 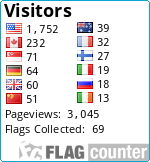